Passerine of the Sylvidae family

Described by Vieillot in 1817, it is considered a monotypic species.

The aquatic warbler is a passerine species belonging to the Sylvidae family, which encompasses 270 species worldwide. This warbler is classed in the subfamily Acrocephalinae, which includes up 23 genera and 128 species. It belongs to the genus Acrocephalus which groups 37 species. Described by Vieillot in 1817, it is considered a monotypic species.

In size and form, this bird is similar to most other species of marsh and tree warblers, with a length of 13 cm and a wingspan of 16.5 to 19.5 cm. Their weight is approximately 11 g, although, as in the case of other migratory passerines, this may vary considerably depending on each individual’s physical condition, especially during migration, and fluctuate between 9 g and close to 20 g. The aquatic warbler’s plumage is discreet, in shades of brown and buff, and is easily mistaken for the sedge warbler (Acrocephalus schoenobaenus), but has a more heavily streaked back featuring two pale bands on the mantle and a visible ‘brow’ below the crown. The sides of the belly are finely streaked (not always visible on juveniles), the legs are pale pink and the rectrices sharply pointed.

The sexes are not differentiated, and can only be identified with certainty during the mating season when females display a brood patch and males a cloacal protuberance. Females usually have a slightly shorter average wingspan than males.

In determining the age of these birds, it is only possible to differentiate juveniles from adults of over one year. These age differences are based mainly on plumage colour and signs of wear in the flight feathers. In late summer and autumn, adult birds’ plumage appears duller and more worn than juveniles’ bright feathers and contrasting black streaks on the fawn-coloured body. 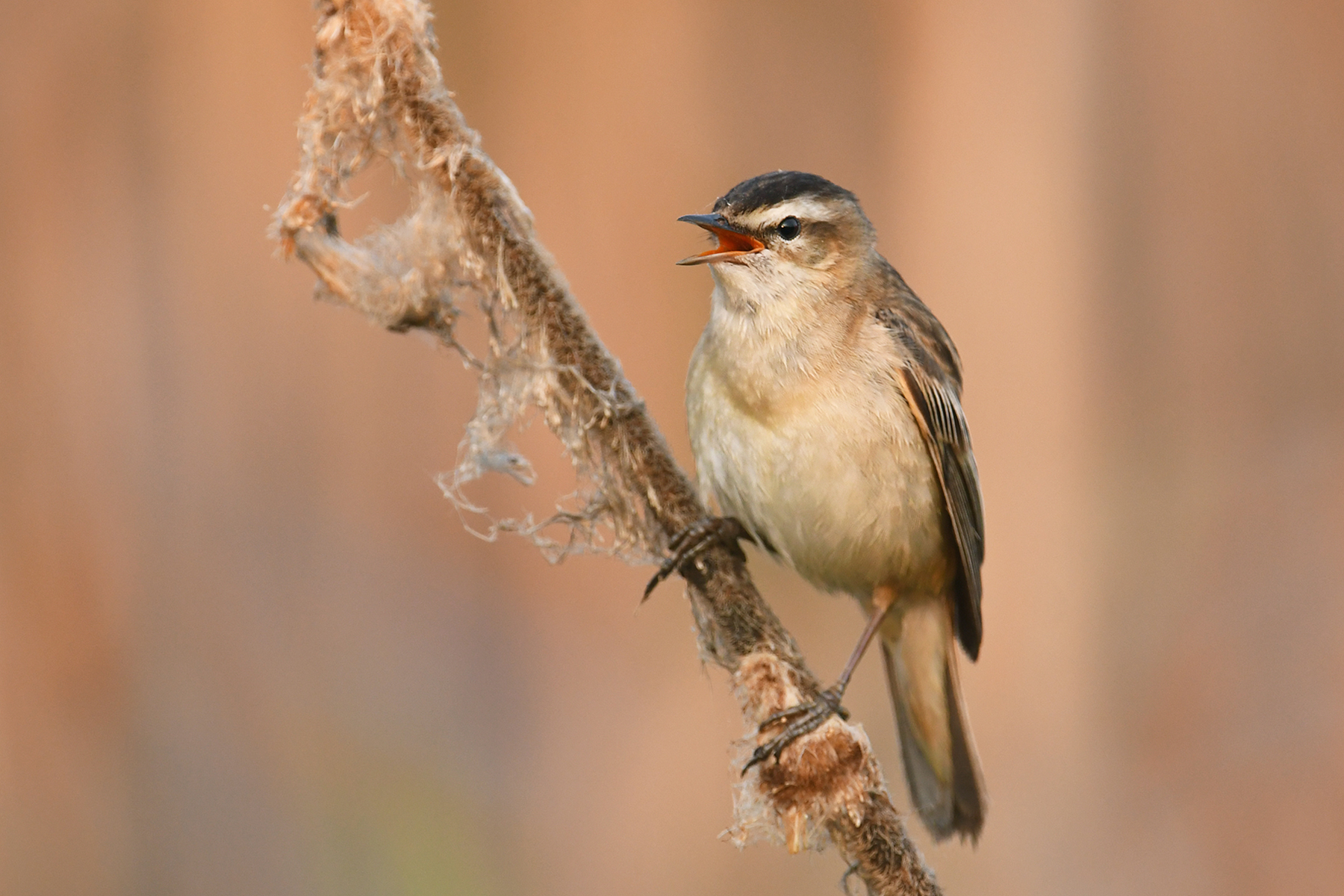 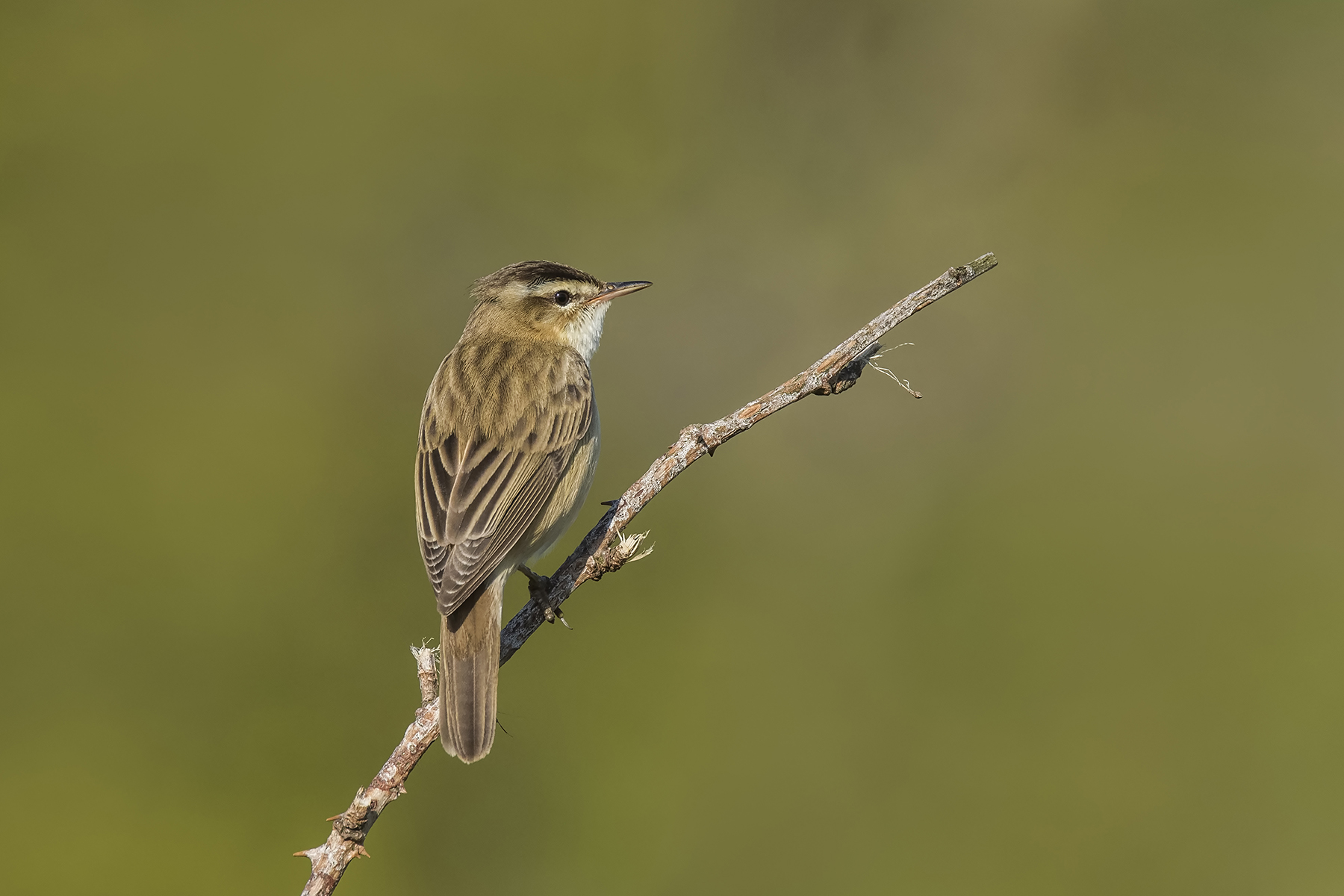 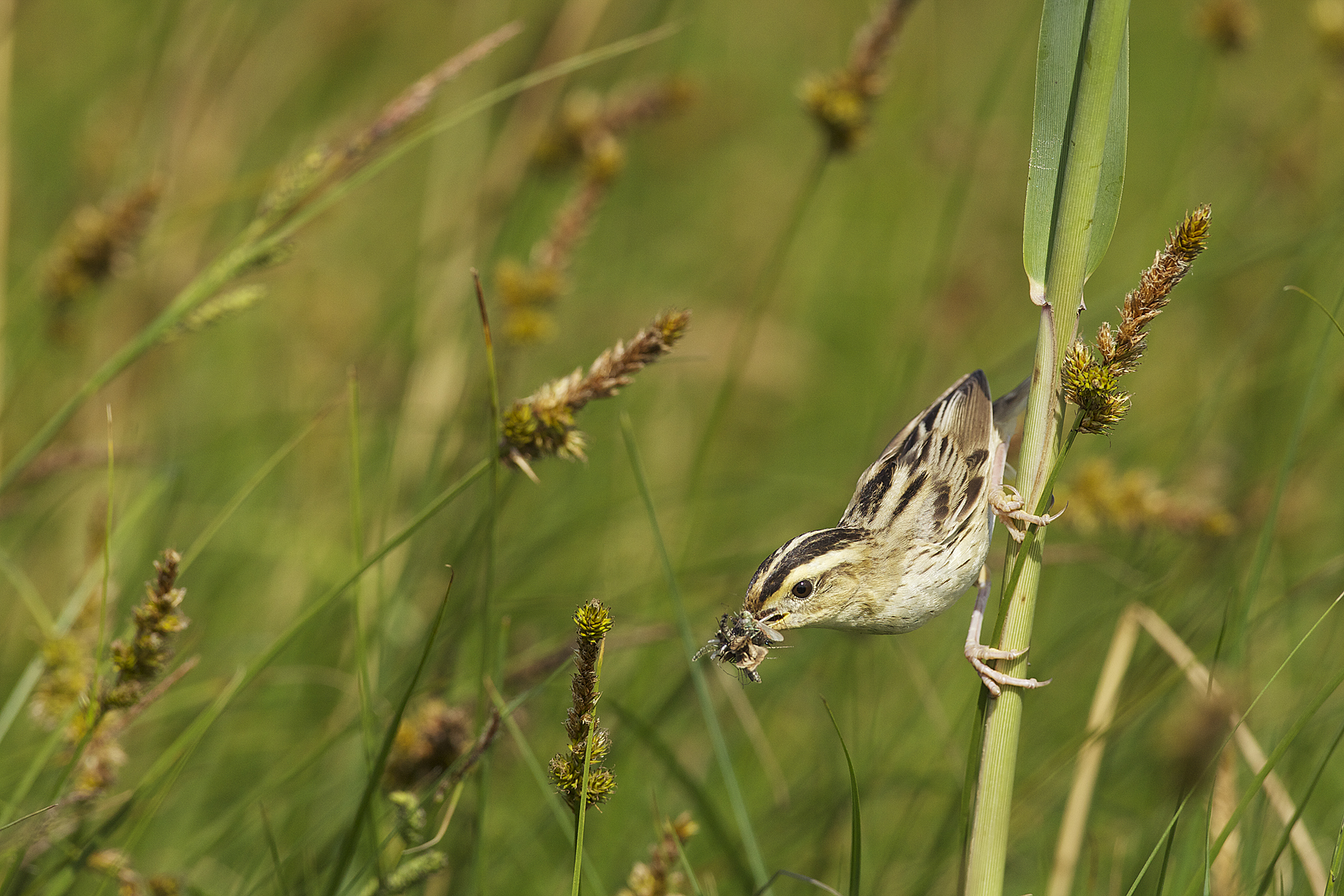 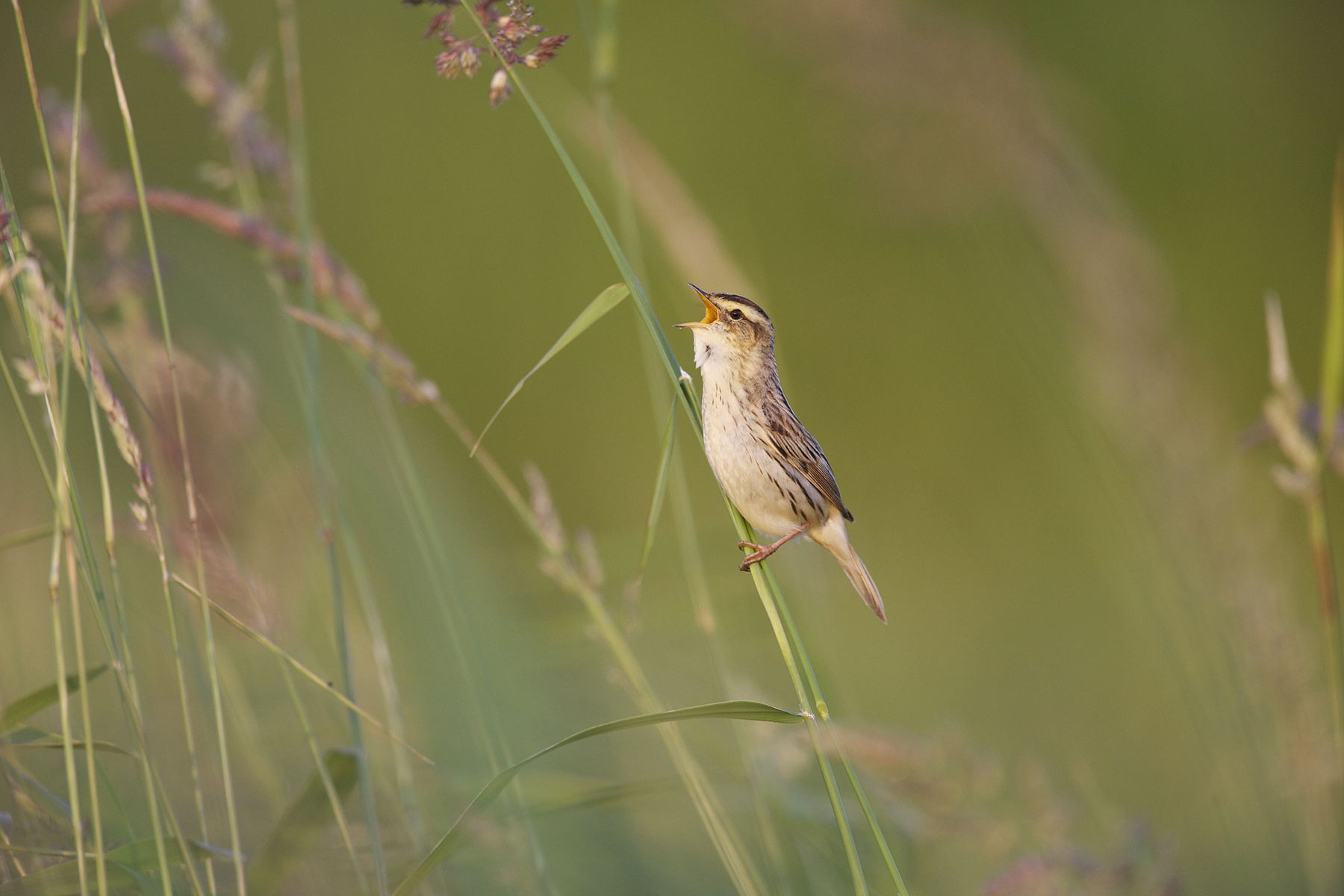